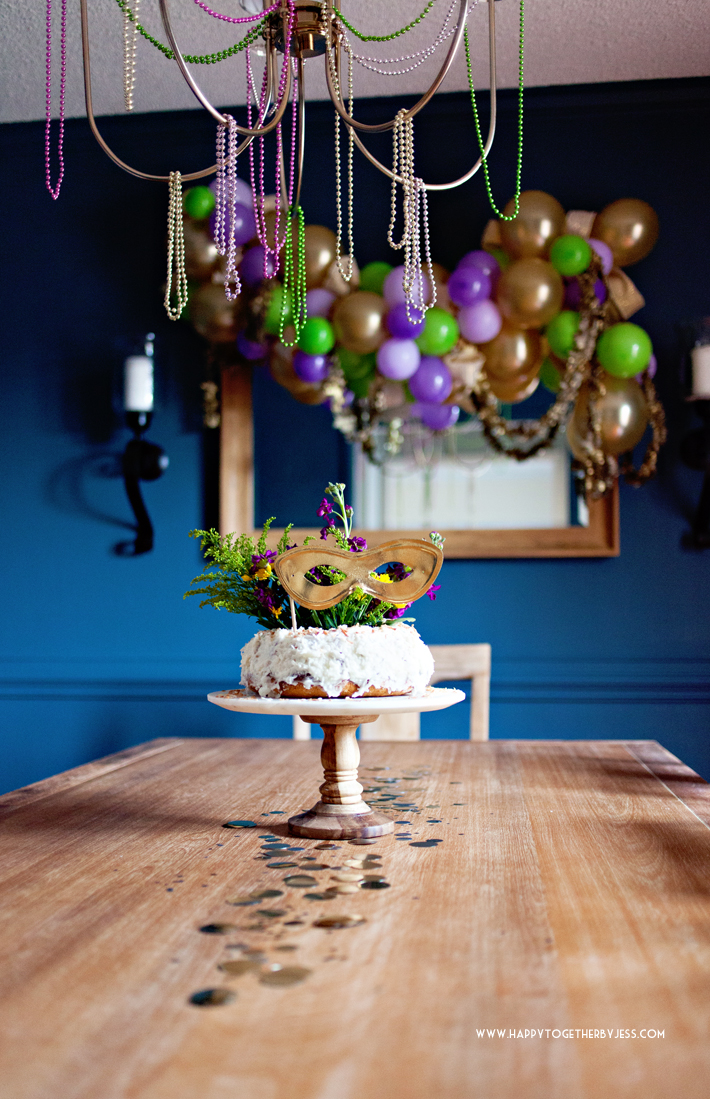 Hello there 🙂 I’m still here. STILL working on house projects on our new home in Virginia. It’s taking me a lot longer than I thought, which is typically how these type of projects go. But I have some things to share and I am ready to do so starting with this nod to Louisiana. I’m not one that feels every party needs some big fabulous decor and such, but I will get inspired at times and I do love adding special touches to someones special day. This past January (so long ago!) we hosted a get together for my mother in law. Now, we had lived in Louisiana for six years and my in-laws actually lived there for a while as well and they appreciate all the Louisiana things so I decided to throw her a Mardi Gras birthday party. It was a lot of fun to put together! My main goal was for it to be sophisticated and I felt I was able to do that using different shades of the typical purple, green, and gold. 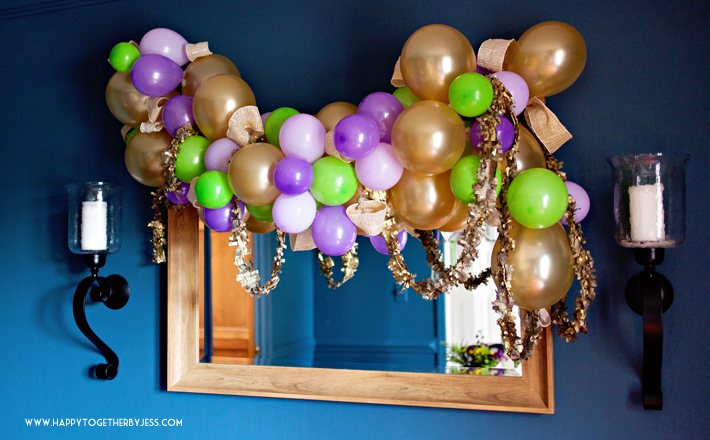 I have a basket full of all kinds of different size balloons and I used them to create a balloon garland for one of the decor pieces. I strung in garland and ribbon to make it a little more festive too. I was really pleased with how it ended up turning out. 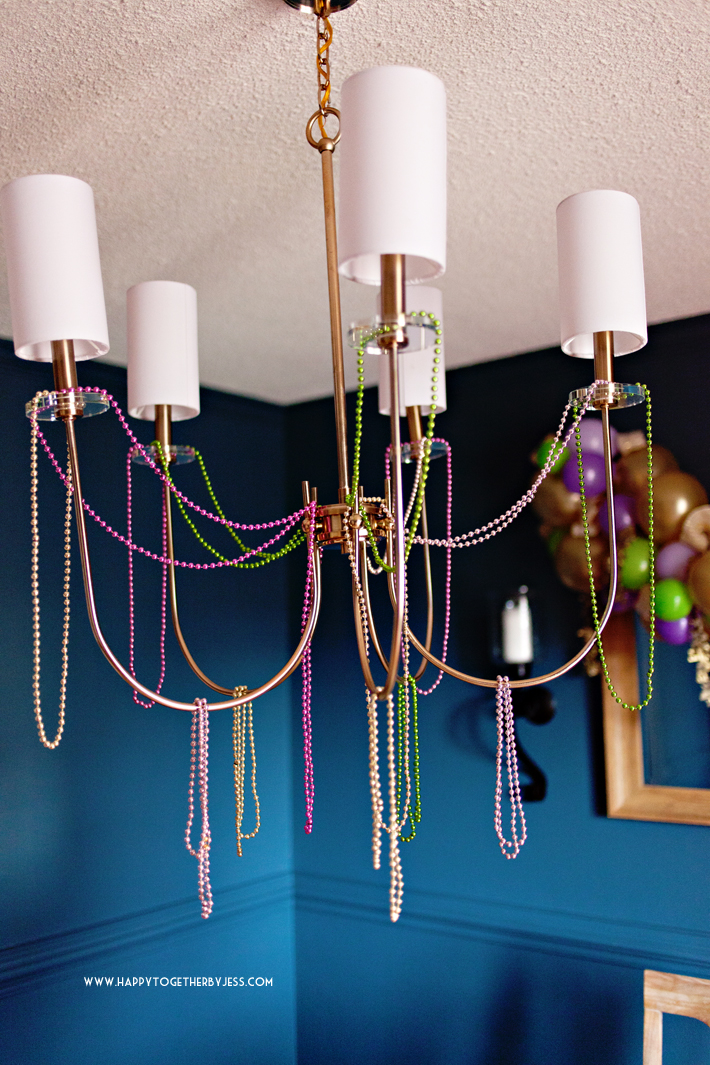 Of course I wanted to add some beads, but I was initially having a hard time finding Mardi Gras party things even though it was near that time. I should have had some foresight and had my LA friends ship me some stuff, but it all worked out. I found these beads at Hobby Lobby and loved the muted colors which went with what I was going for. I hung them from the chandelier which reminded me of how you would see these hanging from trees, light posts, etc. after all the parades. My kids would always have a large collection every year from all the parades they would have in Lake Charles, LA. I didn’t realize how family friendly a lot of these events were until we lived there, so I appreciate the new perspective on how that community really knows how to have a good time all together. 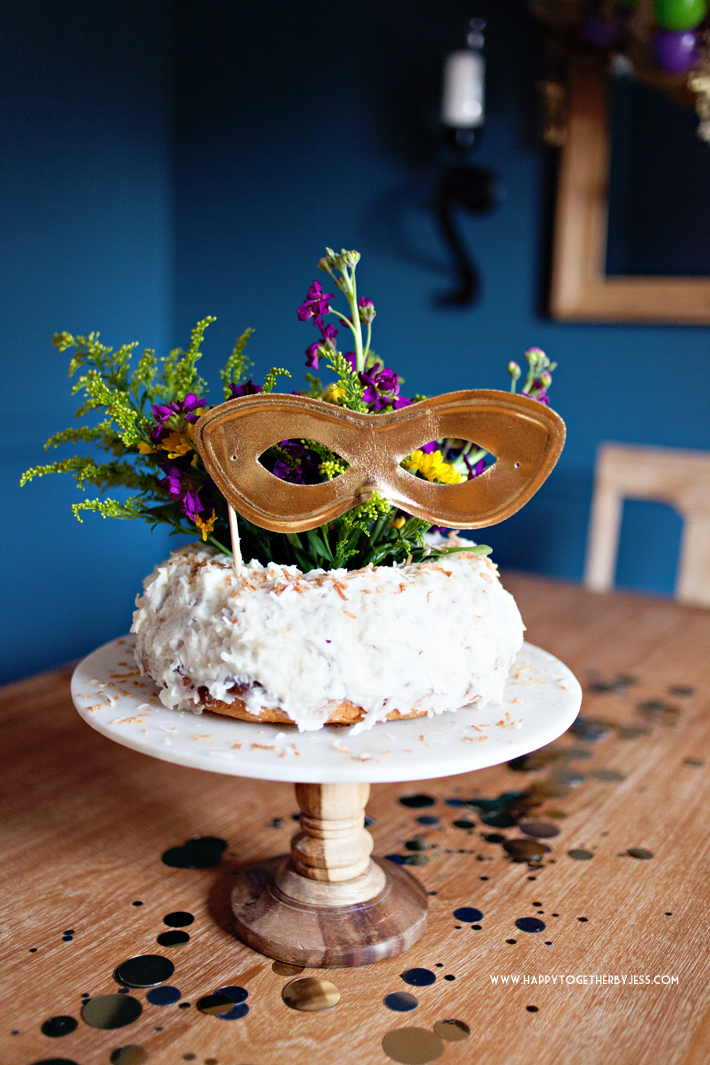 I baked a simple cake using this coconut bundt cake recipe from Five Boys Baker, which I have made a few times before. It’s really yummy. I added some Mardi Gras color flowers and a simple gold mask I found at Party City. It was simple but sweet. 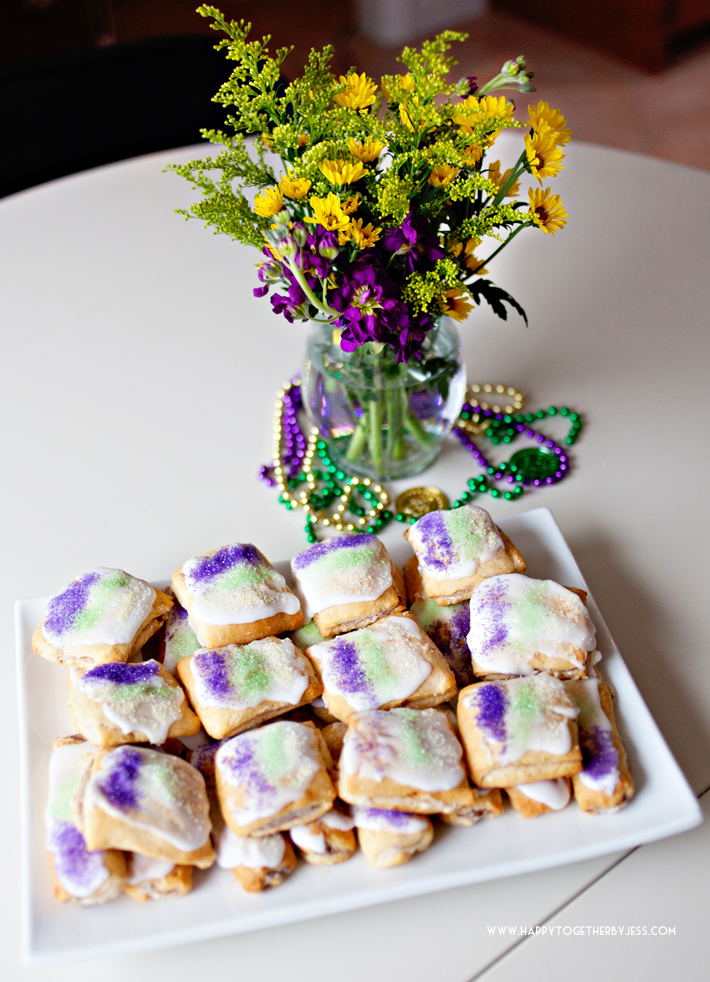 Now, you can’t do Mardi Gras without some King Cake! I didn’t find any locally at the time and wasn’t convinced I could pull off making a legit one so I made these King Cake Bites using this recipe from Plain Chicken. They were easy to make and really yummy. As you can see on the bottom layer, I kind of messed up my cutting initially but quickly saw my wrong and fixed that lol. 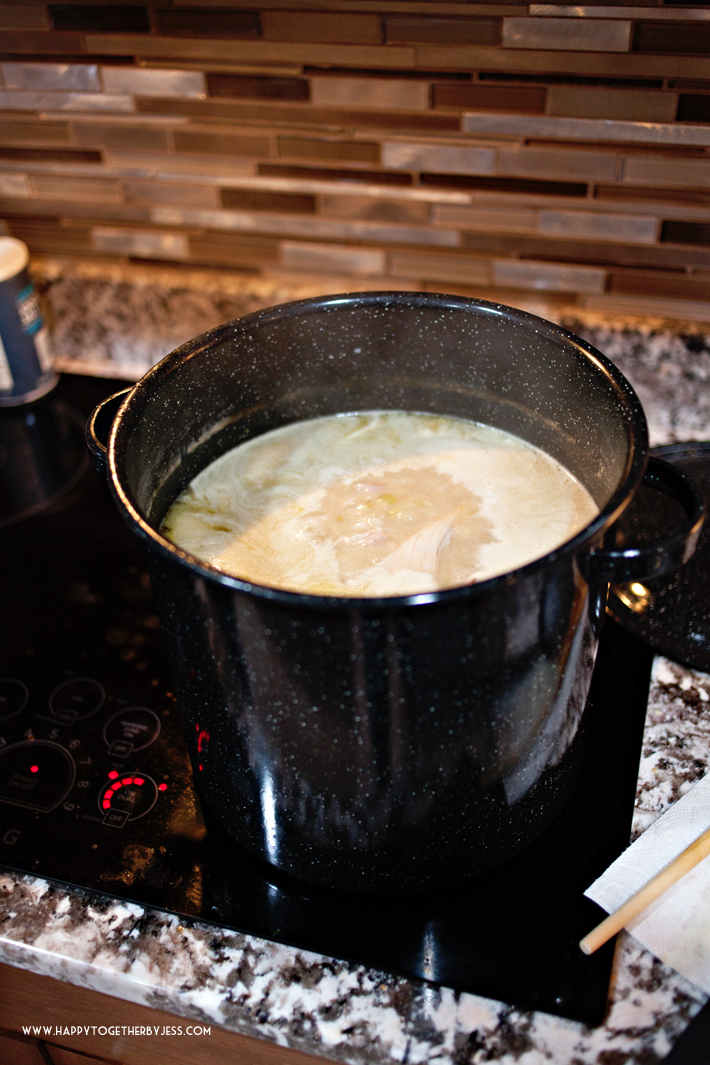 But before we got to all that dessert we did eat some chicken and sausage gumbo. It took us a while to find a good comparable sausage to what we would use in LA, but a local butcher had some that worked. We went everywhere and were so glad to have found him! It’s such a good winter dish and my husband knows how to make it just the way I like it best. 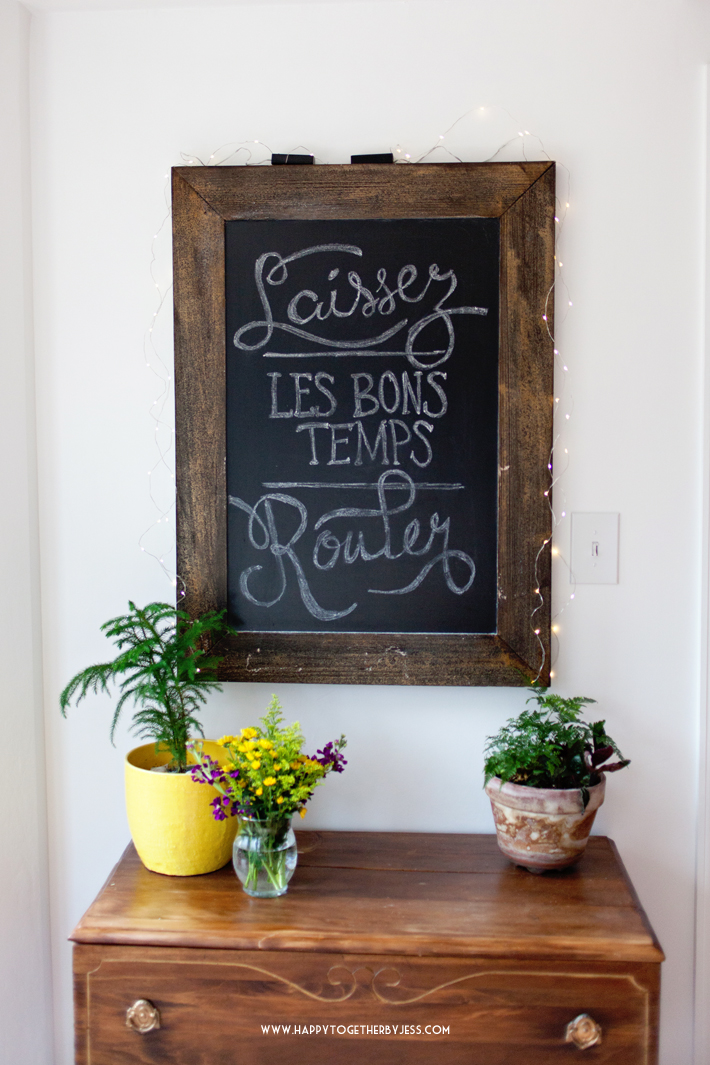 We were thankful to be able to host this Mardi Gras birthday party and look forward to all the family events we now get to be a consistent part of now. (And yes, I totally found an image from Pinterest to do that chalkboard because I have no skills in that area hahahaha). So put on some zydeco music and “Laissez  les bons temps rouler!” Let the good times roll……

PS: We didn’t do this, but I thought it would have been cute to do this Cajun Name game 🙂