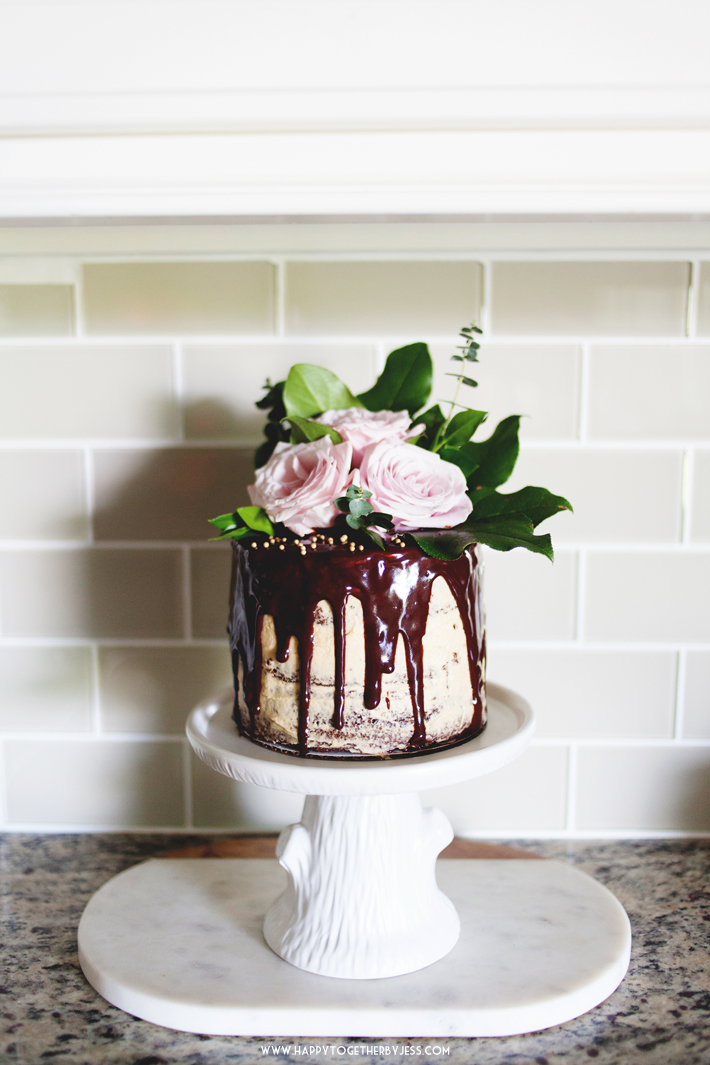 I recently came across TOME, which is a bakery in Australia, and fell in love with their elegant designs. I decided I wanted to make a little cake and bought three 6 inch pans with the hopes of doing so soon. Now, I really love to bake, but cooking on the other hand….. well, it’s necessary. Ha! But if I baked all the time I would eat all the things and be rather unhealthy. So I wait for events to do some baking. A friend of mine recently had a baby girl after having three boys. She didn’t find out the gender of the baby so she was over the moon when they saw she was a girl. I decided to make a cake to be the dessert portion of the meal I brought to them. I found this peanut butter cookie dough brownie layer cake recipe and used the brownie cake recipe portion and the chocolate ganache part but opted for a plain peanut butter frosting recipe to use instead of the cookie dough stuff. Since my cake would be smaller than what the recipe called for, I put the extra batter in a small pan for us to nibble on. The cake portion is more of a cakey than a fudgy type of brownie. It was good and tasty, but if I was to make this again I might try to find a more fudge like brownie recipe (just personal preference). It was my first time making a chocolate ganache and I forgot to get heavy cream so I found this substitution recipe online and used that in place of the actual heavy cream. It came out tasting yummy. 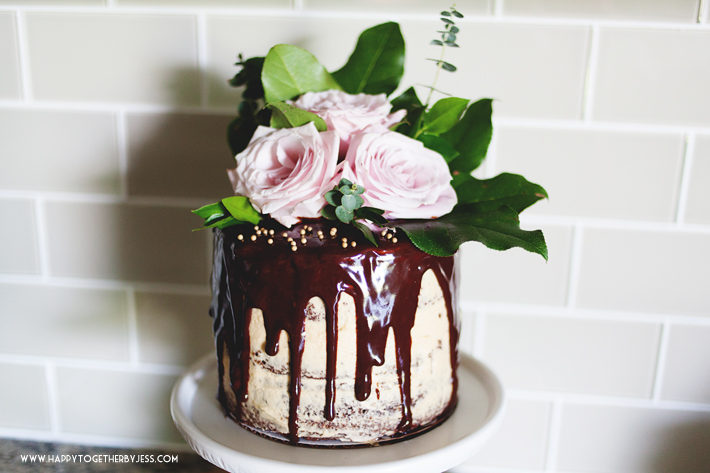 I had fun putting the cake together and it went together rather easily. I didn’t add the ganache in between layers like the recipe though since the icing was enough for this cake. I like “naked cakes” because they looks so great but don’t require a ton of experience to come out looking beautiful. I went to the local grocery store for some flowers and they were very limited so I stuck with some simple pink roses and greenery. I had some gold sprinkles but really want to get some of that edible gold foil looking stuff for future cakes. Do you have a favorite cake flavor combination?