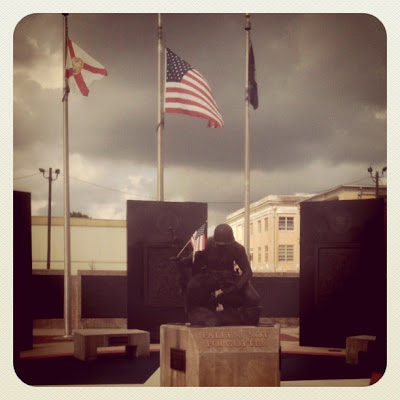 Yesterday was Memorial Day and we decided that our daughter was old enough to begin to be taught about it all. We took the first part of the morning to go to a memorial in downtown Milton. Many other people had the same idea. 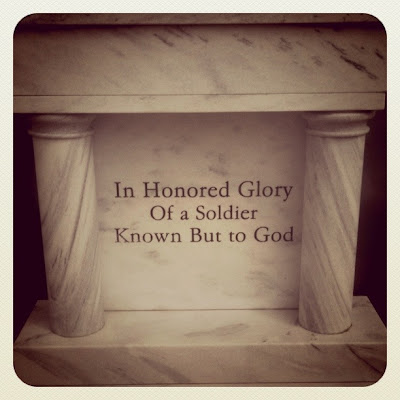 It’s a decent size memorial and we had a lot of fun talking to our daughter about the soldiers (some known, some known only to God) who gave their lives so we can have freedom and what the different things there meant. 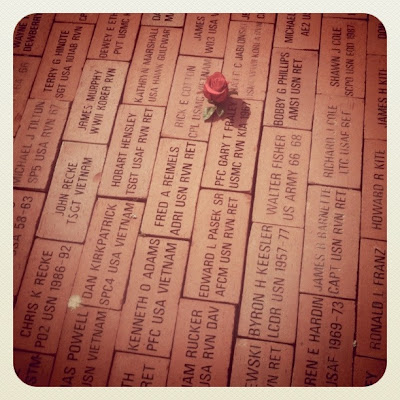 People had come and left all kinds of little things around the area. There were flowers and mementos left only by those who truly knew the person whose name was in stone. We reflected on how great of a sacrifice so many have made and we thought about those who we have known who lost their lives for our country. Their blood brought us freedom. Just like the blood of Jesus gives us freedom from our sins. Powerful to think about. Every year we plan to make a special day of this day so our children will really understand the meaning of Memorial Day. It’s more than just a cookout day.

Honor and Remember: A National Campaign of Remembrance
“Greater love has no one than this: to lay down one’s life for one’s friends.”
John 15:13

We thank you all of you who have served and are serving, along with the friends and family who stand by your side. Thank you.

“Greater love has no one than this, that he lay down his life for his friends.” John 15:13 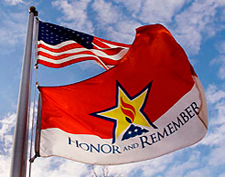 “On December 29, 2005, George Anthony Lutz II (Tony) was killed by a sniper’s bullet while he was on patrol in Fallujah, Iraq. His family and friends endured the shock, emotional agony and overwhelming loss that accompanied the news of Tony’s death, just like the many families who have suffered the same tragedy.

In the months that followed Tony’s funeral, his father, George, visited other families who had lost loved ones in the Iraq war. He began to sense that he had joined the ranks of a unique fellowship. These families were only the latest additions to a group that originated with the American Revolution, when the first soldiers to shed their blood for our freedom gave their lives.

George found another commonality among the families of fallen soldiers. After their grief had transitioned to numbness and finally to acceptance, many families wanted to know two things: their sacrifice was not in vain and the nation would never forget. These concerns led George on a quest to discover if there was a universally recognized symbol that specifically acknowledges the American service men and women who never made it home. To his surprise, he found nothing. Thus the Honor and Remember Flag was conceived.”
excerpt from the Honor and Remember Origins page

Both my husband and I are were honored to know Tony Lutz and his family. Please take a moment to visit the Honor and Remember website and sign the petition to establish this flag as a national emblem to remind of everyone of the daily sacrifice made by the members of the military and the lives lost.

Today I honor and remember all who have served in the military and all who have given their lives for this country. Thank you. Thank you to all the family members and loved ones who supported them and sacrificed as well. I appreciate you. From our military family to yours.