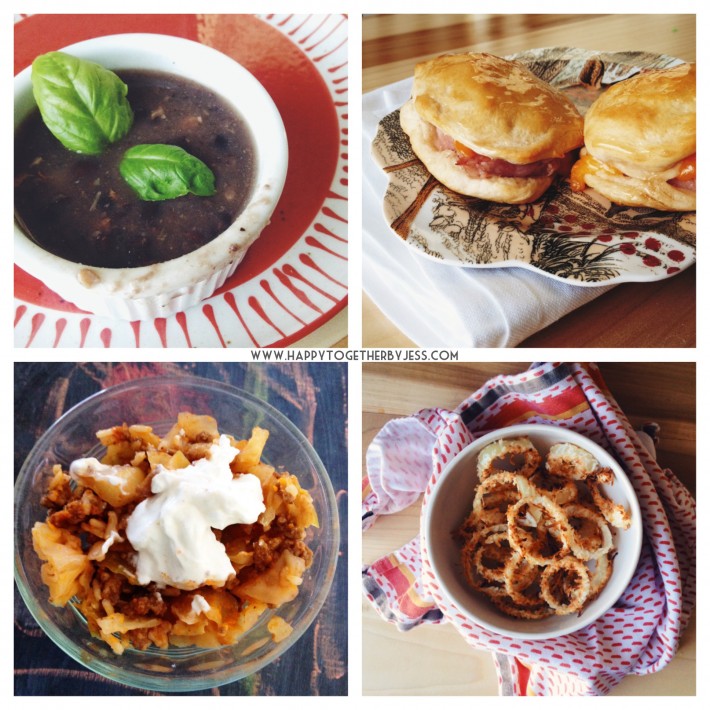 I’m always on the lookout for good, easy, and on the healthy side (or not lol) kind of recipes. In September, I tried 5 different recipes I found while browsing Pinterest. The first was this black bean soup recipe. This has become one of my husband’s favorite meals lately. It was really easy to make and very inexpensive as well. To save even more time, I used pre-cut frozen onions. I don’t have an immersion blender, so I just used a mashed potato masher to smoosh some of the beans. Not as “creamy”, but still made for good soup. We also added some chicken one time which really took it up a level.

The Stuffed Honey-Ham Biscuits were a really good “need to make something quick for dinner” kind of recipe. So simple to through together and the honey made them extra yum. Yes, the honey was the show stopper for these.

This Lazyman’s Stuffed Cabbage Casserole is another quick recipe with a few ingredients. Again, I used the frozen pre-cut onions to save time (and my eyes!). The suggestion I have is if you use brown rice to make it before putting everything together. I tried this recipe a few times with brown rice and can never get it fully cooked in the oven. I have gone over the time, but then the edges start to overcook. So next time I plan on just cooking the rice before hand and seeing how that works. It might not take as long to cook then as well. I will let you know how that goes when I do that.

I tried out these Toasted Coconut Onion Rings. I love onion rings and was interested in how the coconut might do paired with the onion. We loved them! I did the baked version and would say they are more on the dry end this way but are still really good. Having a nice dip takes care of that though. I liked mine dipped in plain old ketchup. 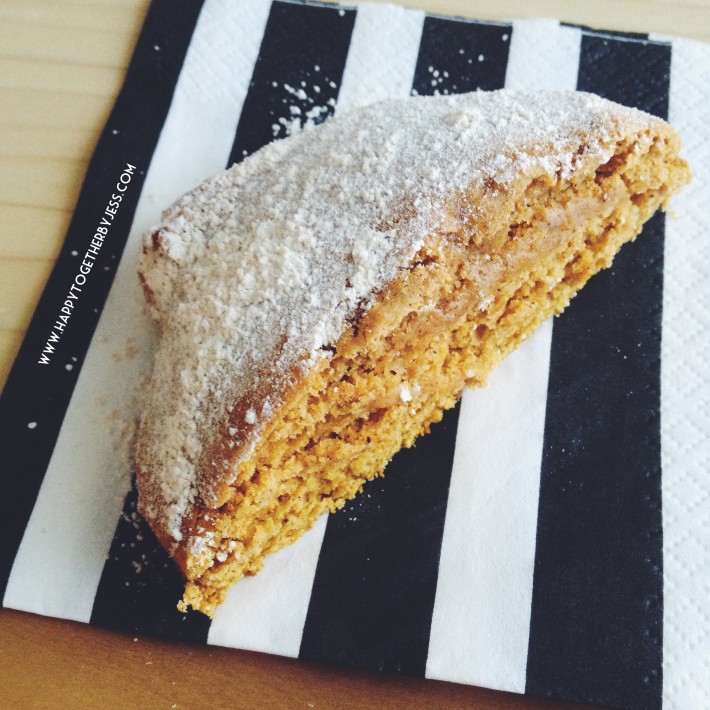 And since it’s fall I had to try a new pumpkin recipe! I LOVE the pumpkin muffies and muffins from Panera’s and went hunting for a copycat recipe. I found Copycat Recipe: Panera Bread’s Pumpkin Muffie Tops and could tell they were a winner just by those beautiful pictures in the post.  Mine didn’t turn out quite as perfectly beautiful as those, but they were delish! And tasted pretty much the same as the Panera’s ones. I did substitute Olive Oil for Vegetable Oil since that was all I had and I didn’t have any parchment paper to use, but again, they still came out fantastic. I want to look into getting a cookie scooper thing now so I can make them perfectly round next time.

Anyone else tried some new fantastic recipes lately? -Jess