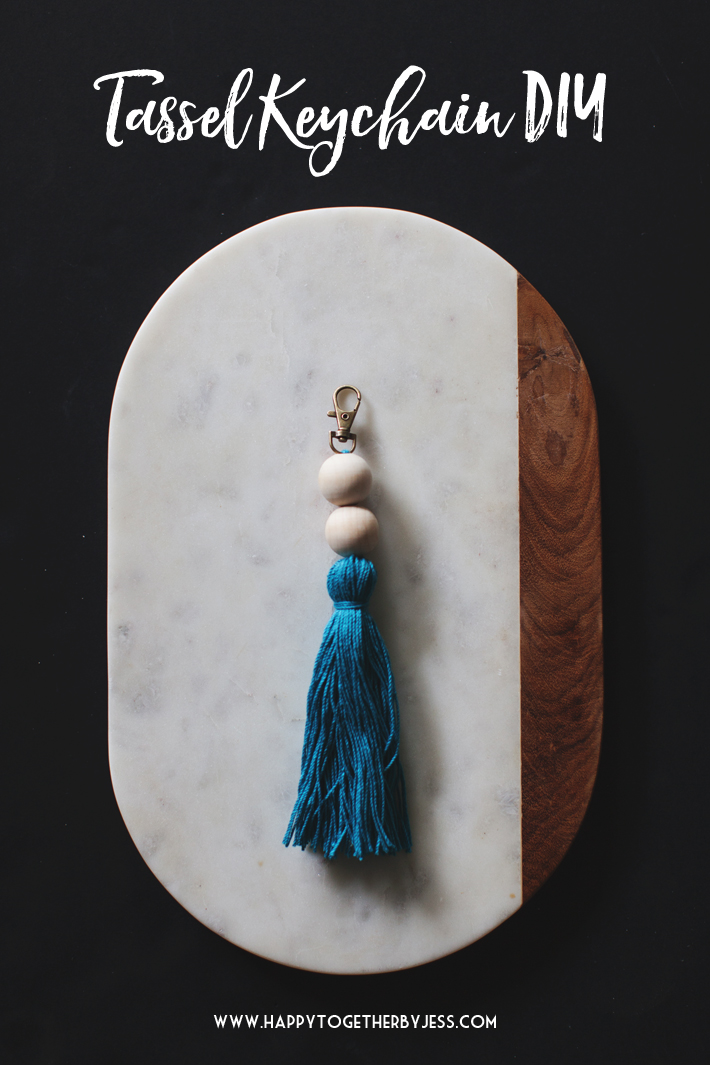 This past weekend I hosted The Crafty Social here in southwest Louisiana. It was a lot of fun and I learned a lot and will post all about it soon. There were two projects that I created patterns for specifically for the event, and now I can share them starting with this Tassel Keychain DIY. It takes only a few items to create and would be a great project for a group to do together or to create to give as gifts (Christmas isn’t that far away!). I have mine on my keys and love how it doesn’t add a lot of extra weight but adds bulk so I can find my keys easier in my purse. -As always, make sure to read all the directions before making.- 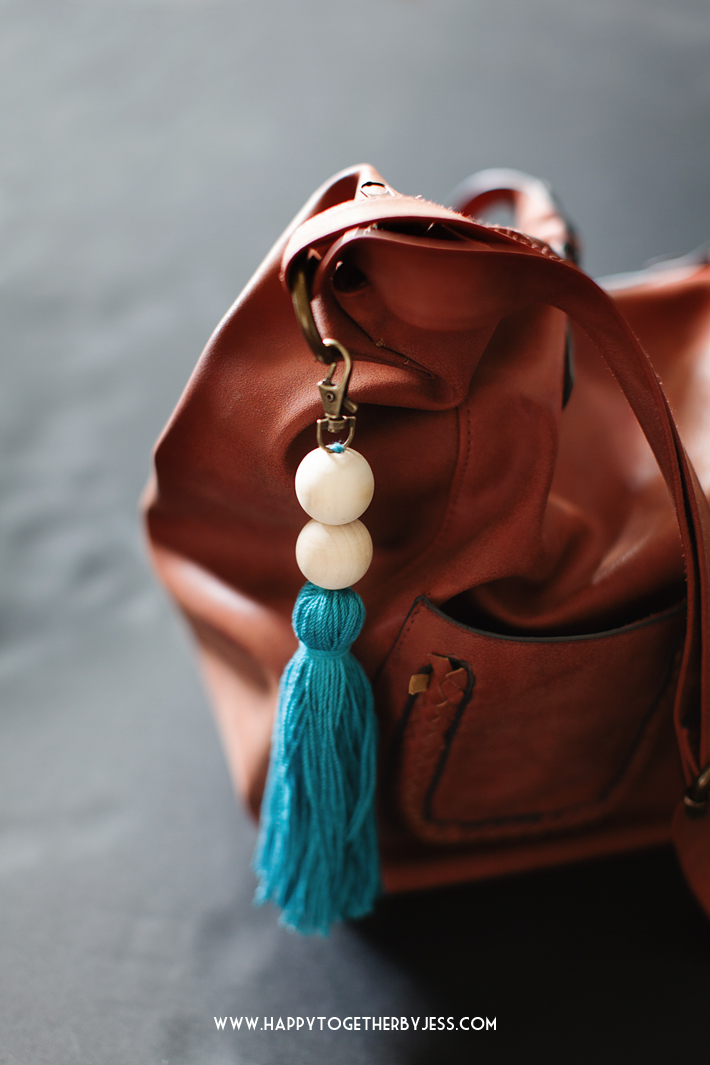 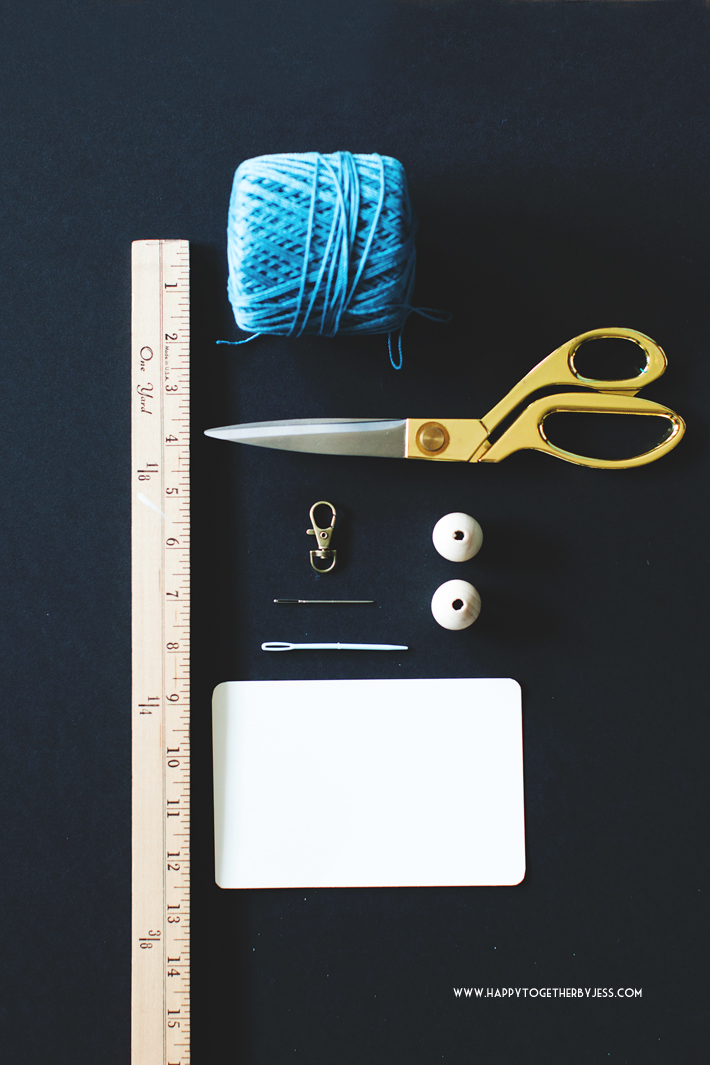 What you will need:

First you will need to cut two pieces from your thread that will be used later. One piece should be about 36″ long and the other 24″ long. 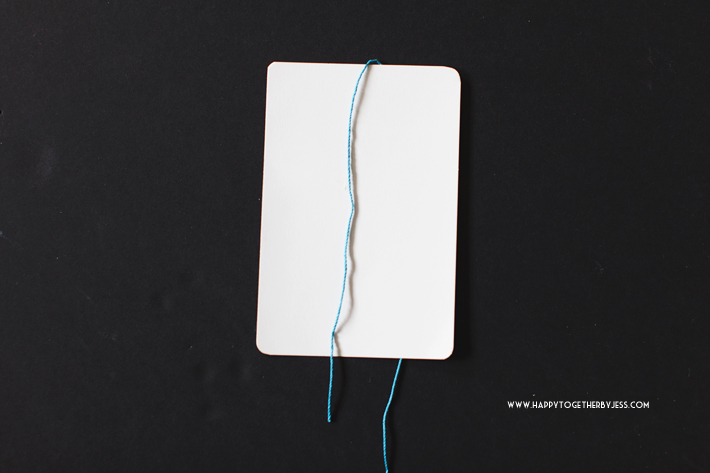 Leaving a small tail of thread off the cardstock, take the rest of the thread and begin to wrap it around long ways. If your paper isn’t very sturdy, you will have to make sure to keep it flat while wrapping. 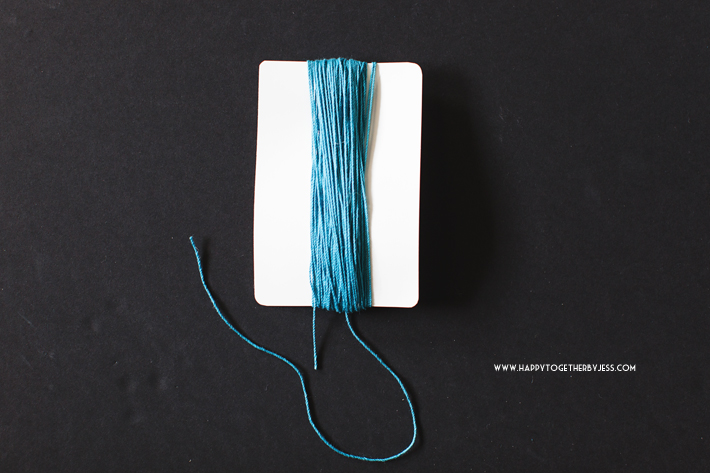 Once you have wrapped all the yarn, make sure the two thread ends are on the same side. 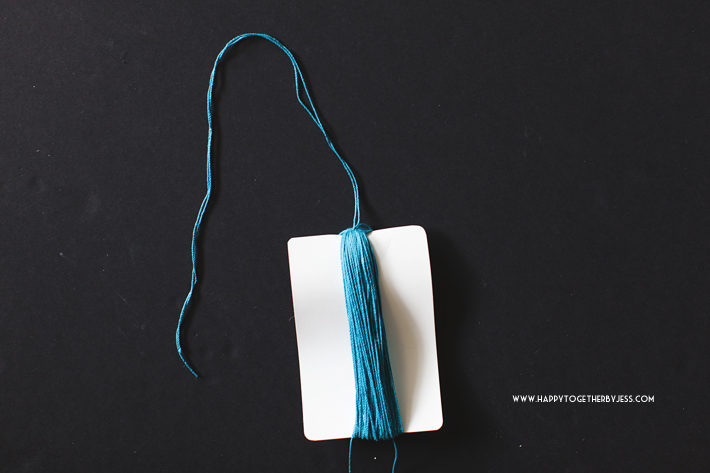 Take the 36″ long piece of thread and string through the top loop which is opposite of the thread ends. Center the thread and tie two to three knots as tight as you can. 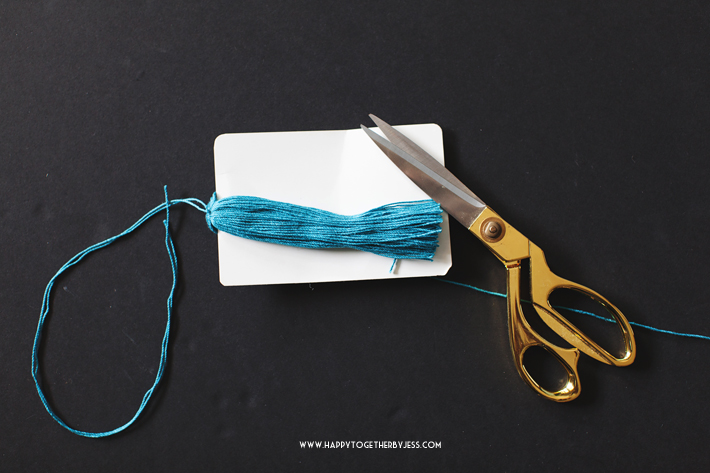 Cut through the other end loops now. 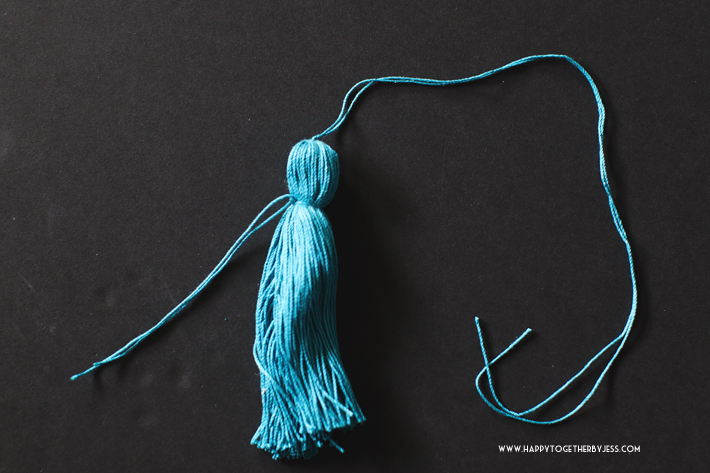 Use the 24″ piece of thread to tie around all the thread about 1″ down from where the loops are. 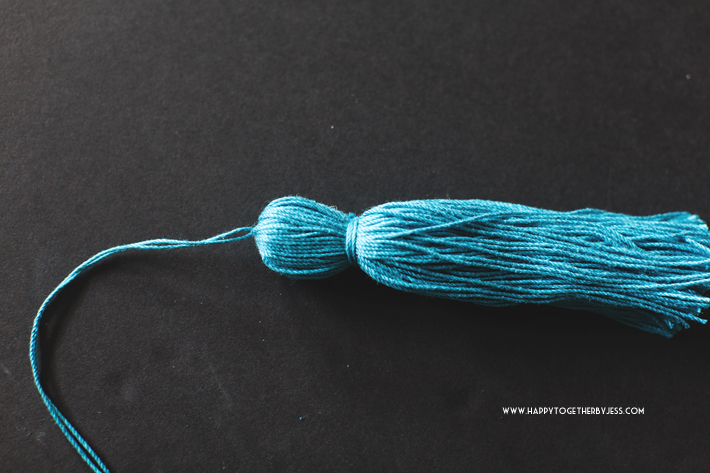 Loop thread around two more times and knot off. For extra hold, you can add glue to the knot at the end of the project. 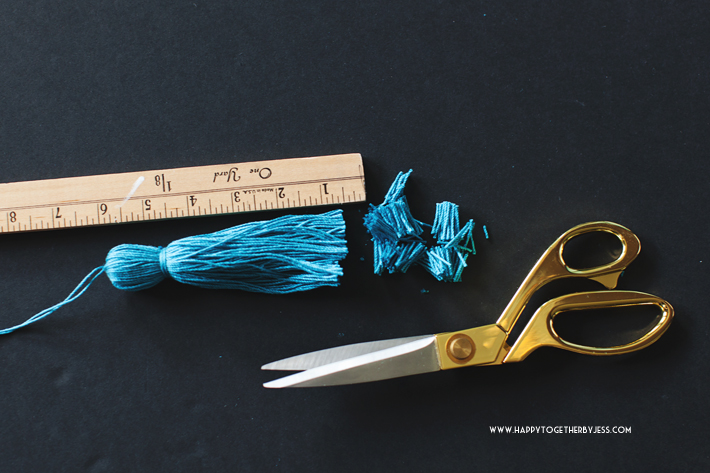 Trim off the bottom of the tassel so all the strands are the same length. 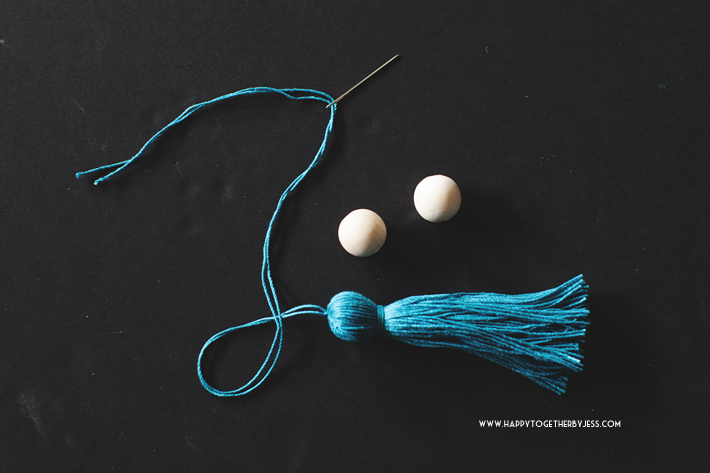 Thread the needle with both pieces of the 36″ thread that you had tied at the top. 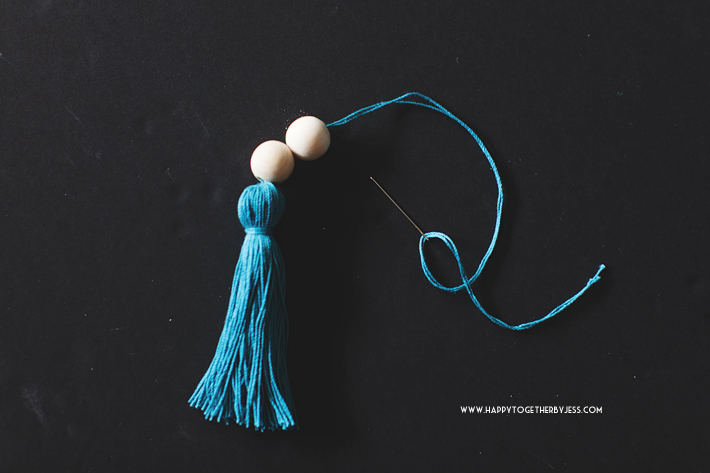 Take needle and thread through both wooden beads. 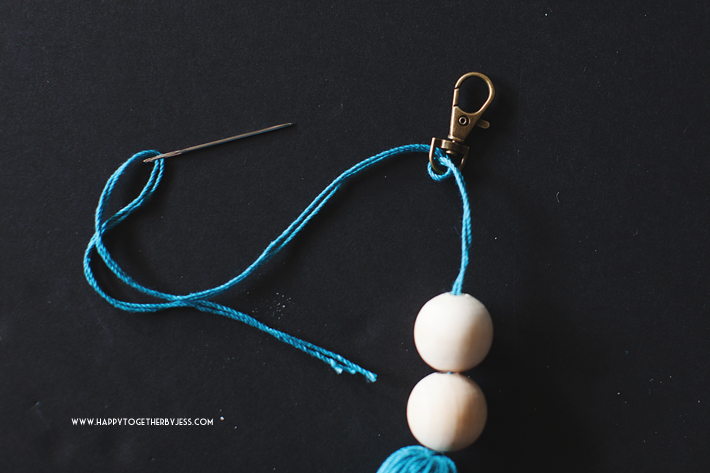 Then take needle and go around the keychain two times. 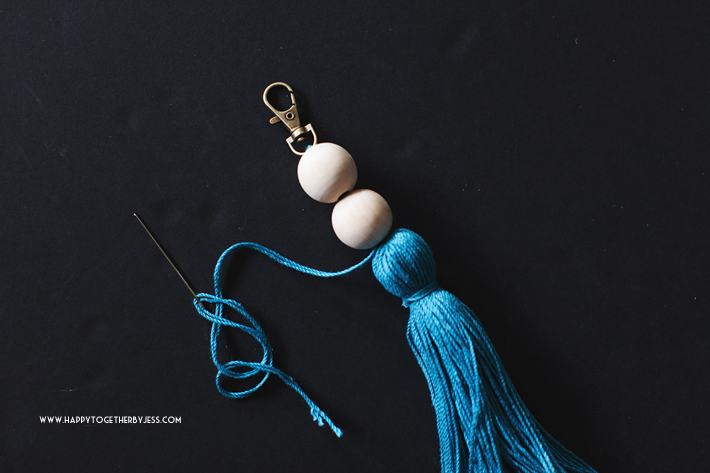 Next, take needle back down through the two beads. You will have to pull the top thread a little by little to make sure it is all tight and there isn’t much slack. 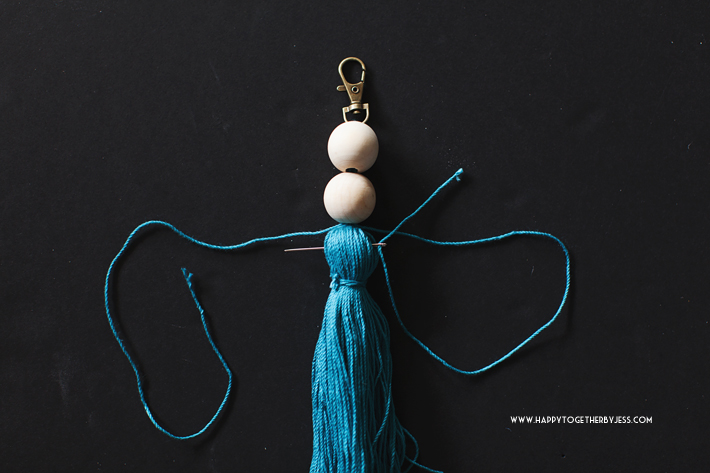 Take one piece of thread out of needle and thread the other through the top loops. 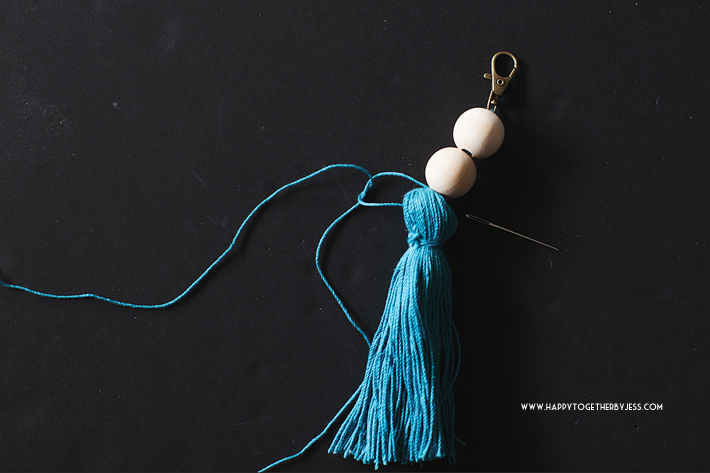 Tie the two strands together so the thread will not unravel. 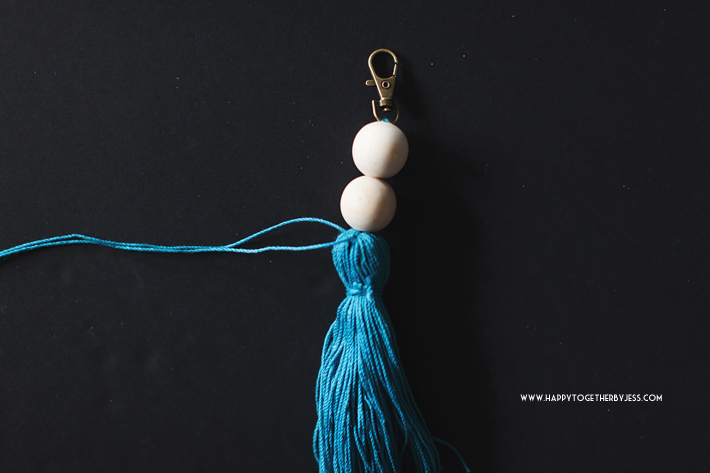 Make sure it is knotted as close and tight to underneath the bead as possible so it won’t show. 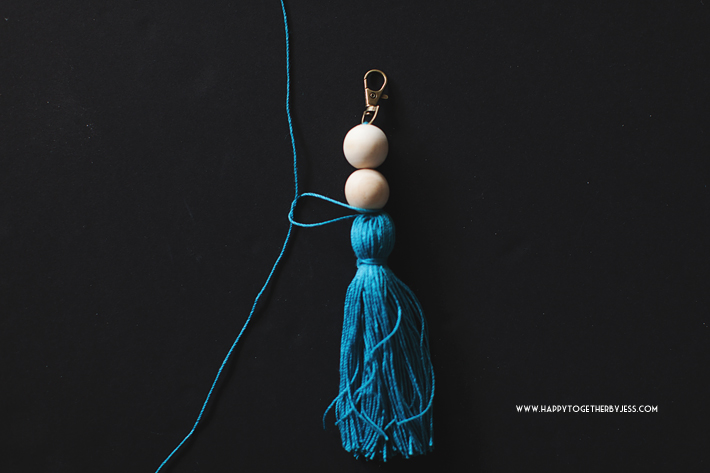 Knot it at least two more times and then trim the excess. You can also add some glue to those knots for extra strength. Now you have a beautiful tassel keychain. Share you pics of ones that you make on social media using hashtag #happytogetherbyjess